It's simple. Add yourself to our subscription list by confirming your email address, and we'll keep you posted.

Did you enjoy this article?

The modern workforce is slowly transitioning from a hierarchy to a meritocracy. However, as our cities grow, and their arteries clot under the pressure of these new commuters, pragmatic solutions are needed.

Commuters can be cynical about how quickly the new-age promise of telecommuting met with old-school business reality. But, after decades of false starts, could we finally be on the verge of a real shift in working practice?

The once clearly defined work-day has become an open-ended (one-way) relationship with cloud computing and smart-connectivity, leaking stress into the home and bedroom. The early promise of such concepts as flexi-time, shared-space and hot-desking has faded like the phony powers of Oz.

In fact, most professionals who have been saddled with all of the liabilities of the ‘always-on’ workplace, without the promised benefits, have cultivated a healthy cynicism towards such utopian projections. So, as the traffic trickles past in slow-motion, today’s commuters rarely consider there might already be a viable alternative to their ‘crush-hour dreadmill.’

“Today, the new paradigm is ‘move work to the workers’, rather than workers to the workplace.”

According to the clever men in white coats at the U.S. Census Bureau, the average travel time to work in the United States is 25.4 minutes. In the UK, Census data suggests the average commute has increased from 45 minutes in 2003, to 54 minutes today. Over a professional career spanning 40 years, you can waste 10,000 hours in transit, based on a one hour commute each day.

To put this sacrifice into a professional perspective, it took 37Signals founder Jason Fried just 400 hours to develop his flagship project management software, Basecamp. The company, and its portfolio is now valued in excess of $100 billion dollars.

The traditional workplace, where physically co-located teams once gathered around the coffee urn, has found its counterpoint in the more agile, global virtual team.

Before we slip into a comfortable comparison, it’s worth pointing out that while both models are clearly relevant in todays business world, the efficiencies of the agile model are far more likely to redefine the profitably and productivity of your organization.

So, why should a cynic believe the virtual model is any more sustainable today than a decade ago? The answer probably lies in the maturity of the digital economy. As digital platforms mature, virtual teams have access to better and more powerful tools to promote connectivity and productivity. Early online collaboration pioneers like Basecamp now have powerful competitors like Teamwork and Wrike.

One of the simplest arguments confounding the sceptic, is the sheer diversity of the remote workplace. The UK government already recognizes eight different ways of working flexibly.

Their definition is by no means complete, and it doesn’t invite the dynamic interpretation that many employers are comfortable with – where regular co-located days are combined with staff working in virtual teams.

Simon Vollmer, digital director at Brandfibre, has experienced first-hand, the excitement of assembling a global virtual team on behalf of a major New Zealand Telco. The project called for some highly specialised skill sets with global telecomms experience, to deliver a best-in-class digital platform.

In this highly successful collaboration, strategic thinking was led from London, specialist Telco copywriting was sourced from Prague, design talent from both Paris and Auckland, while all digital development was carried out in New Zealand.

Virtual teams are an exciting development for most clients, and becoming more popular than ever, but they require very different leadership skills. “Unfortunately, too many companies fail to take the steps necessary to ensure that virtual teams are successful,” Simon adds.

Forbes magazine cites four key traits that virtual teams need to perfect: Leadership, Decision making, Trust and, of course, Communication. None of these are discrete behaviors in themselves, but there are fundamental differences in the way these traits need to be exercised in the virtual world.

Studies also showed that physically dispersed teams displayed a higher than ordinary level of care in their communications, and that this often led to the cultivation of richer client relationships.

Virtual teams are inherently more ‘outcomes and results focused’ in nature yet, their client satisfaction scores were generally higher. Training and the right tools are central to any sustained success but, with a need to be more proactive in their communication, today’s virtual teams tend to invest more into these relationships – anticipating needs and hurdles before they arise.

Organizations, and indeed countries, are aware that talent attracts business. Super economies like China, the United States and United Kingdom have naturally prospered. So how do smaller nations like New Zealand attract the talent to compete in the face of overwhelming market forces?

In practice, small, open economies can actually prosper. We only have to look as far as Xero to see what this commercial success can mean to a small economy like New Zealand.

The most talented people in the world
don’t all live in one country.

Global virtual teams can allow small countries to leapfrog any talent gaps by providing access to highly specialized talent, precisely when it is needed -without disrupting the talent mix in the source country. These teams don’t accept the geo-blocking of talent and actively promote international collaboration to deliver best-in-class outcomes.

In a survey of the world’s most talent ready countries, compiled by Insead in January 2015, it’s clear that the nations that played the game of globalization early, and played it well, have prospered. So, as long as talent competitiveness and economic growth are fundamentally related in a global economy, we will continue to see a positive trend towards global virtual teamwork.

It's simple. Add yourself to our subscription list by confirming your email address, and we'll keep you posted. 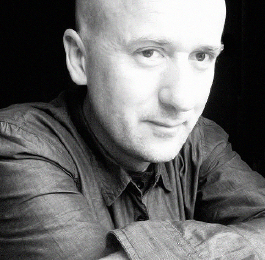 Andrew Morris is Brandfibre’s founder and creative officer, based in Auckland. He has had overall responsibility for steering and directing programmes across all our active markets. He is directly involved with all Brandfibre’s clients and, together with our multi-national team, works to impose a clear, strategic directive for the company and its clients. ...Read More